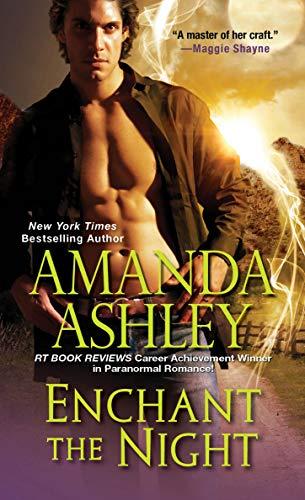 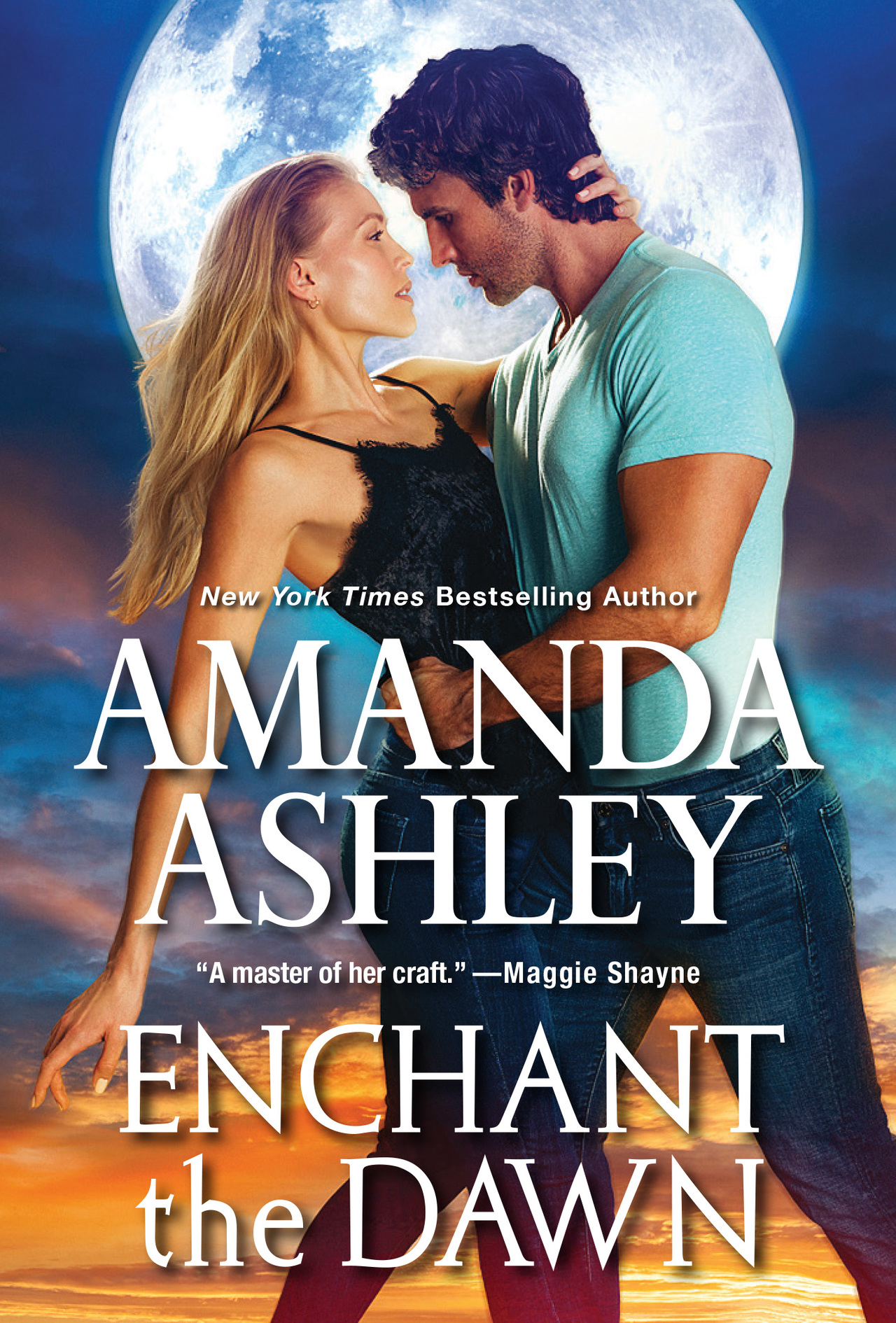 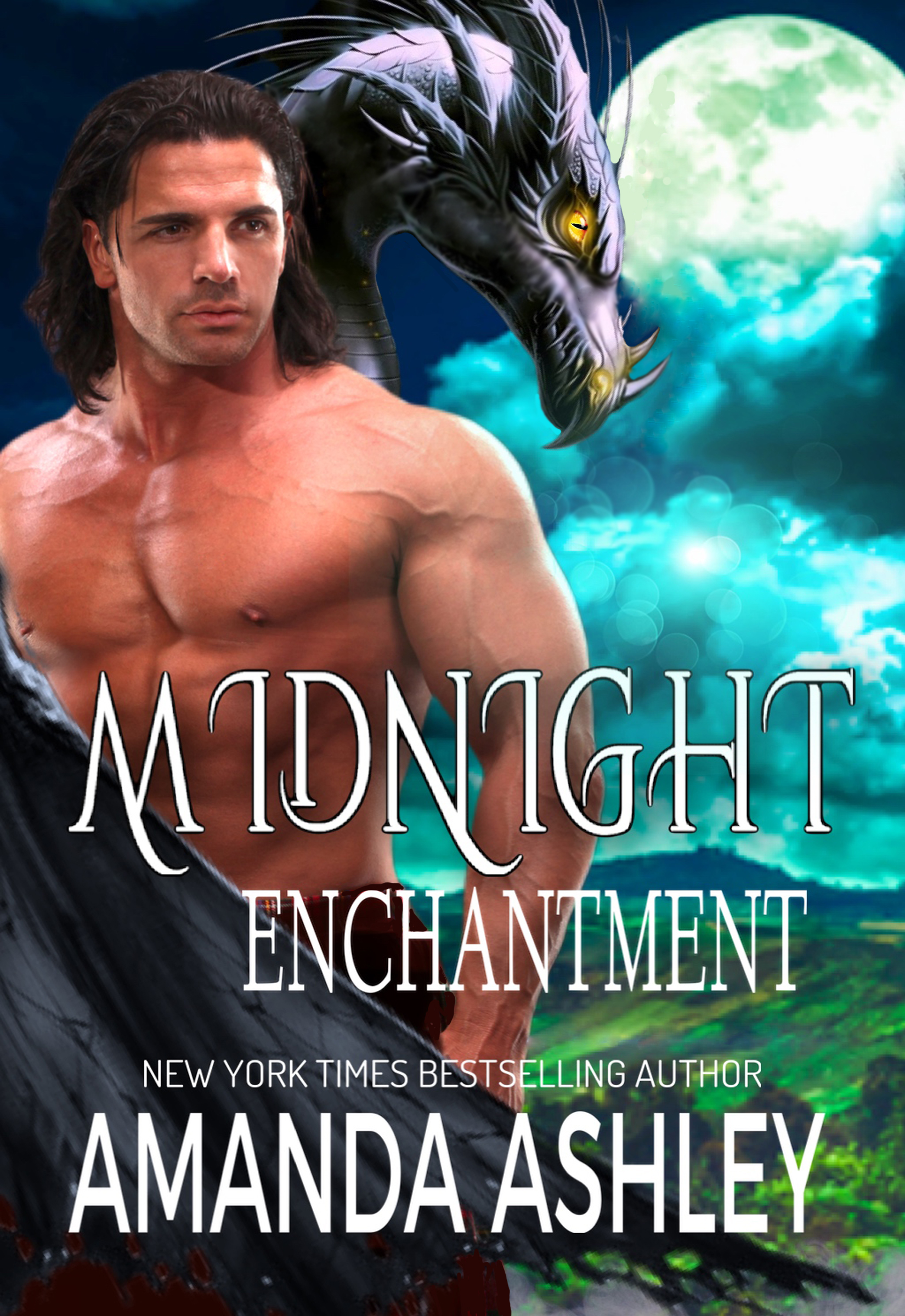 Liliana Falconer is hoping to find some excitement when she goes to stay with her great-grandmother, Ava, in New Orleans. The only daughter of a powerful Hungarian vampire and a witch, Lily has been sheltered and protected her whole life.

While strolling along Bourbon Street, Lily is drawn into a nightclub by the lyrical strains of a guitar. Something mystical and frightening happens when her gaze locks with that of the man strumming the instrument and she quickly leaves the club.

But avoiding Raedan is not in the cards and Lily soon finds herself falling in love with a man who is not only a vampire, but a vampire possessed by a blood-demon that is constantly urging Raedan to take not only Lily's blood, but her life, as well.

As their love grows stronger, they realize the only way they can be together is to destroy the blood-demon, a task that sends them to the Carpathian Mountains in search of a dragon.

Ava Liliana Falconer strolled along Bourbon Street, pausing now and then to peer into one window or another. There were so many interesting places to visit in New Orleans -- museums and cemeteries, antebellum mansions and gardens. Not to mention the stores and shops where you could buy all manner of fascinating things, like voodoo dolls and tarot cards, shrunken heads and monkey paws, spell books and charms. And books on magic – both light and dark -- as well as volumes on the occult, and all manner of mysterious and mystical arts.

Having a vampire for a father and a witch for mother, Lily was no stranger to the supernatural, and was, in her own right, a rather powerful witch, though her powers were not half as strong as those of her mother or her great-grandmother, Ava Magdalena. But she was no slouch, either.

The lyrical strains of a guitar drew her toward a nightclub at the far end of the block. She made her way cautiously along the crowded sidewalk. Only months ago, the Knights of the Dark Wood had been hellbent on exterminating the vampire side of her family, as well as any witches they encountered. And although that had changed, thanks to her great-grandmother's magic, New Orleans was still a dangerous place for a young, unescorted woman.

Lily paused outside the club, all her senses alert, but she didn't detect anything more dangerous inside than the unmistakably earthy scent of pot, something she had never experimented with, although a girlfriend in high school had once dared her to try it. But magic and marijuana didn't go together.

Taking her courage in hand, Lily stepped through the door. She found a small table near the raised dais where the guitar player sat, felt the notes of his song surround her. He had hair as black as her own, though not as long. When he looked at her, she saw that his eyes were a deep, deep blue, mesmerizing in their intensity. For a moment, it was as if there was no one else in the room, only the two of them caught in a brief moment of time.

Rattled by the strange sensation that had passed between them, Lily looked away and the moment was gone.

When she dared to glance his way again, his smile told her he was just as aware of what had happened as was she.

Muttering, "This is just too weird," she stood and practically bolted out the door. Outside, she breathed in the cool night air, practically jumped out of her skin when a deep voice behind her said, "Why did you run?"

Gathering her composure, she turned and came face to face with the guitar player. "Excuse me?"

With a wave of her hand, Lily said, "Stop it!" And smiled when power arced between them, driving him back a step.

He stared at her, one brow arched in surprise. And then he laughed. "Witch woman."

His soft, masculine laughter sent a shiver of awareness down her spine.

"Well met," he said, admiration in his voice. "How are you called?"

"That's none of your business," Lily said curtly. "Good night." Turning away, she walked briskly down the street.

If she had hoped to elude the maddening creature, she was sorely mistaken. In an instant, he was beside her, matching her stride for stride, his hands tucked in his pants' pockets.

Liliana stopped abruptly. "Why are you following me?"

"Why are you running away again?"

She glared at him. "Because I don't like you. Now leave me alone before I turn you into a newt!"

"A newt?" He threw back his head and laughed.

With an exasperated sigh, she began walking again.

And again he fell in beside her. She tried to ignore him, but it was impossible. He was tall and broad-shouldered, with an easy aura of self-confidence that bordered or arrogance.

Not wanting him to follow her home, she changed direction and ducked into an occult book store. Of course, he followed her inside.

Pretending to ignore him, she browsed the shelves, always conscious of the tall, dark stranger behind her. When she reached the back of the store, she turned to face him. "What do you want?"

Lily shook her head. One of the first things she had learned at her mother's knee was that names had power.

"I will give you mine if you give me yours."

His smile was devastating.

Lily's heart began to pound when he backed her against the wall, his hands flattened on either side of her head, his big body far too close, his breath fanning her cheek. She shivered when she felt his mind brush hers. "Stop that!"

"Why are you afraid of me, Liliana?"

Just as she had feared, he had the power to read her mind. Swallowing hard, she said, "I'm not afraid."

"Yes, you are." He took a deep breath. "I can smell the fear on your skin, hear the rapid beating of your heart." Closing his eyes, he leaned closer. "Smell the blood flowing rich and red in your veins like the finest wine."

Terror rose up within her. Frantic, she tried to summon her magic, but fear held her fast in its grip so that all she could do was stare at him, helpless and more frightened than she had ever been in her life.

"You have nothing to be afraid of," he murmured. "I will not hurt you."

"Why….why should I believe you?"

"Because I said so." He lowered his hands and took a step back.

"I am sorry I frightened you. I did not realize you were so young. So innocent." Taking her hand in his, he kissed her palm. "Please accept my apology."

Liliana closed her eyes and took a deep breath, hoping to still the rapid pounding of heart.

When she opened her eyes again, he was gone.

Ava looked up and smiled when Lily entered the living room, but her smile quickly faded when she caught the faint scent of vampire. "Where have you been? More importantly, who have you been with?"

"I don't know." Sinking down in the easy chair across from the sofa, Lily clasped her hands in her lap.

"What do you mean, you don't know? I can smell him on you. What on earth were you doing with a vampire?"

"I was walking down Bourbon Street when I heard a guitar. Something about it drew me inside. The man playing it looked at me and….the strangest feeling passed between us. It was weird and a little scary and…. She shook her head in wonder. "I've never felt anything like it before. It rattled me and I left. But he followed me."

Ava's eyes widened. "Did he bite you?"

"Listen to me, young lady," Ava said sternly. "You stay away from the Transylvanian vampires or I'll send you home quicker than you can say abracadabra. Do you understand me?"

Ava's gaze moved over her great-granddaughter's face. "Are you sure you're all right?"

Lily tossed and turned all night long. Every time she closed her eyes, the vampire's image rose in her mind. He wasn't handsome in the usual sense of the word, but his features were strong and masculine and compelling. And his eyes – she had never seen eyes like that. Not just that deep, deep shade of blue but the intensity of his gaze. She'd had the feeling that with one glance, he had discovered everything there was to know about her, every hope, every secret desire.

It had been most disconcerting. Worst of all, she wanted very much to see him again.