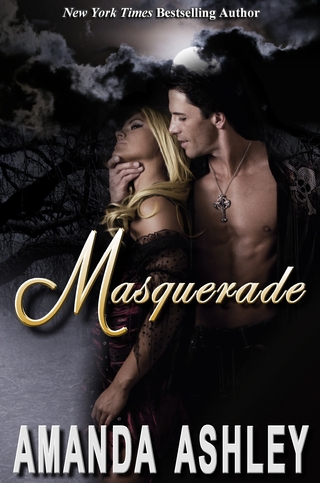 He was a very old vampire, weary of living, weary of coming alive only in the darkness of the night.

For three hundred years he had wandered the unending road of his life alone, his existence maintained at the expense of others, until the advent of blood banks made it possible to satisfy his ever-present hunger without preying on the lives of the innocent and unsuspecting.

And yet there were times, as now, when the need to savor fresh blood taken from a living, breathing soul was overwhelming.

He stood in the dim shadows outside the Ahmanson, watching groups of happy, well-dressed people exit the theater. He listened to snatches of their conversation as they discussed the play. He had seen the show numerous times; perhaps, he thought wryly, because he could so easily sympathize with the Phantom of the Opera. Like Sir Andrew Lloyd Webber's tragic hero, he, too, was forced to live in the shadows, never to walk in the light and warmth of the sun, never able to disclose his true identity.

And so he stood on the outskirts of mortality, breathing in the fragrance of the warm-blooded creatures who passed him by. They hurried along, laughing and talking, blissfully unaware that a monster was watching. It took no effort at all to drink in the myriad smells of their humanity – a blend of perfume and sweat, shampoo and toothpaste, face powder and deodorant. He sensed their happiness, their sorrows, their deepest fears.

He waited until the crowds had thinned, and then he began to follow one of the numerous street beggars who had been hustling the theater patrons for money and cigarettes. There were hundreds, perhaps thousands, of homeless men roaming the streets of Los Angeles. On any given night, you could find a dozen or more panhandlers lingering outside the Ahmanson, hoping to score a few dollars that would enable them to buy a bottle of cheap booze and a few hours of forgetfulness. If only he could drown his past in a pint of whiskey.

Silent as a shadow, he ghosted up behind his prey. After tonight, there would be one less beggar haunting Hope Street

Jason Blackthorn is a 300-year-old vampire who has been searching his whole life for the cure to his problem. He's only heard rumors that there actually is a cure. Along comes Leanne into his life. Will she be the one who will finally be the answer to his dilemma? What will Leanne do when she finds out he's a vampire? This is the first thing I've read by Amanda Ashley but this story has only whet my appetite for more of her stories.

This story, which was Ms. Ashley's original vampire story, gives one a hint of the brilliant stories to come in the future. Her characters come alive, in spite of the novella length of the story. One will feel the agony of Jason's lonely life, along with him, as well as the bittersweet joy he finds in Leanne; and will be cheering them on to a happy ever after. But be forewarned, reading this tale will give the reader great desire to listen to Phantom of the Opera. 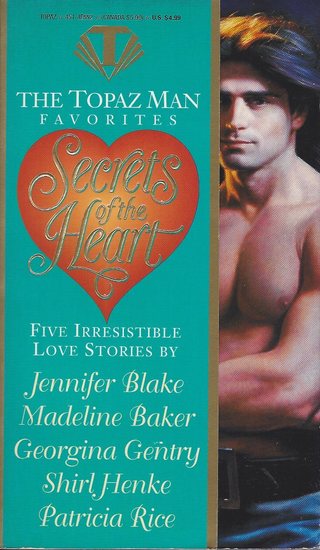 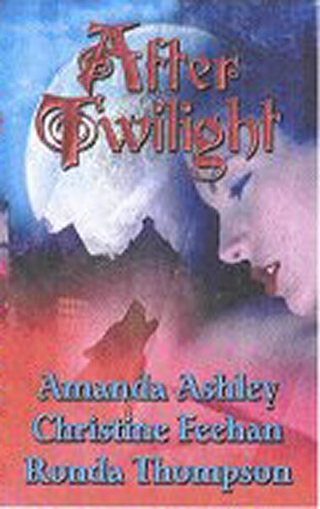 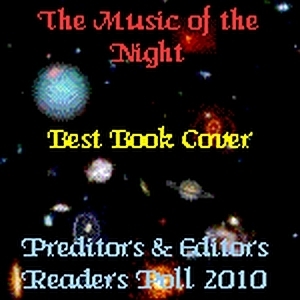 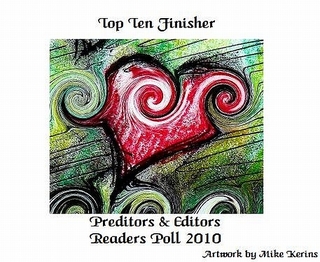 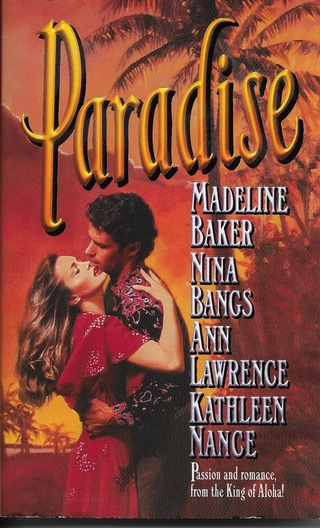 Jessie's Girl was originally published in this anthology 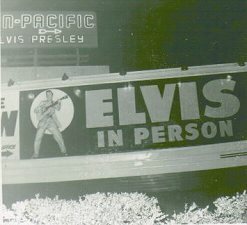 THE MUSIC OF THE NIGHT 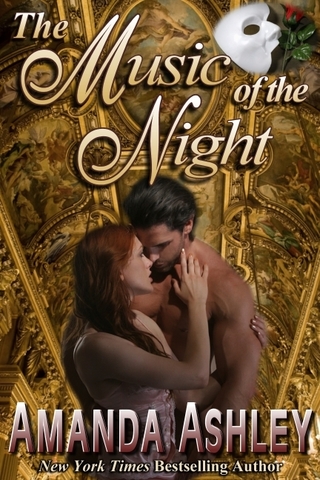 Cristie Matthews couldn’t believe it, she was actually inside the famed Paris Opera House. It was everything she had ever imagined, and more. Try as she might, she couldn’t find words to describe it. Beautiful seemed woefully inadequate. Totally awesome came close, but still fell short.

She owed her fascination with the Paris Opera House solely to the brilliance of Andrew Lloyd Webber, or, to be more exact, to her fascination with his amazing production, The Phantom of the Opera. She had seen the movie, of course, but it didn’t hold a candle to the stage play. She had seen the play once, and once had not been enough. The music had enthralled her; the plight of the Phantom had plucked every emotion from joy to sorrow to despair. She had eagerly joined the ranks of the thousands of people who flocked to see the play again and again, never tiring of it, always finding something new, always feeling emotionally drained by the time the Phantom’s last anguished cry faded away.

She quickly became obsessed with all things Phantom. She collected everything she could find with that world-famous logo: music boxes and posters, ads in the paper, books, and magazine articles. If it related to the Phantom, she simply had to have it. Dolls and figurines crowded her book shelves, along with snow globes, collector plates, and picture frames. She wore Phantom-related jewelry; decorated her Christmas tree with Phantom ornaments. She bought every tape and CD of the music she could find, including several in languages she didn’t understand, but the language didn't matter. The music was everything.

Before coming to Paris, she researched the Opera House online and found a wealth of information. The Opera House had been built by Charles Garnier who, at that time, had been a young, unknown architect. Completed in 1876, the Palais Garnier was considered by many to be one of the most beautiful buildings on earth. The theater boasted two thousand seats; the building’s seventeen stories covered three acres of land. Seven levels were located underground, among them chorus rooms and ball rooms, cellars for old props, closets and dressing rooms, as well as numerous gruesome objects from the various other operas that had been produced there. It was rumored that these grisly effects had sparked the idea behind Gaston Leroux's The Phantom of the Opera.

And now, after scrimping and saving for three years, she was there, in the midst of the Phantom’s domain. 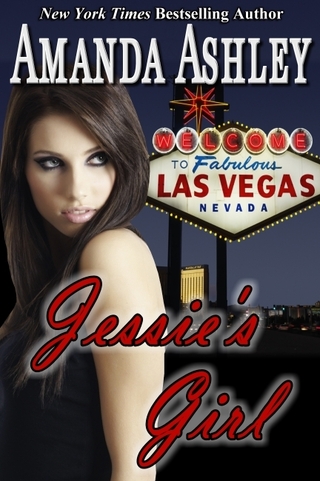 On vacation in Las Vegas, Kathy goes to see an Elvis impersonator who bears a remarkable resemblance to the King. Could it be that the rumors are true, and that Elvis is still alive? But that was impossible. Elvis would be an old man now, and this man was young and virile.

He called himself Jessie Garon Presley, and he was the most amazing Elvis look-a-like Kathy had ever seen. He had the same intense blue eyes, the same pouty lower lip, and he wore his thick black hair in the style Elvis had made famous back in the Fifties - sideburns and a ducktail. But instead of wearing the flashy, sequined jumpsuits Elvis had favored in his later years, Jessie wore a pair of slick black pants and a black silk shirt, open at the throat. A thick gold chain circled his neck. A gold ring with a diamond the size of a golf-ball winked on the middle finger of his right hand.

If she hadn’t known better, she would have sworn he really was Elvis, but the King had died of a heart attack thirty-four years ago. 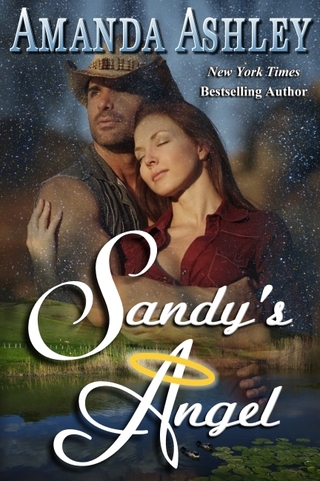 A woman doesn't find a near-naked man lying on the road every night, and especially not one who looks as good as this one. With a bump on his head and unable to remember much, he definitely needs her help. Sandy already has her own problems – a failing ranch, hands leaving, and a note about to be called in by the bank. But she can't leave the poor man injured and unclothed. Will taking him home prove to be a bad decision on her part? Or could he be her answer to a prayer?

Sandy pulled back hard on the reins to keep the horses from trampling whatever, or whoever, was lying across the trail.

Ordinarily, she would have been watching the road more closely on a cloudy night like this, but she was still reeling from the sight of a comet or some other heavenly body that had gone streaking across the night sky in front of her only a few moments earlier.

And now this. She hoped it wasn’t a deer, or worse, one of her heifers.

Looping the reins around the brake, she climbed down from the wagon and walked toward the still figure, which was clearly illuminated in the glow of a bright harvest moon.

Heidi jumped out of the back of the wagon and followed her, growling softly.

Sandy pressed a hand to her heart as she drew closer. It wasn’t a calf, or a deer. It was a man. A man who was very nearly naked.

“Oh, please,” she whispered, one hand at her throat. “Please don't be dead”.

The words repeated themselves in her mind as she knelt beside him and gently rolled him onto his back.

He was the most beautiful man she had ever seen. Not beautiful in the feminine sense of the word, for he was totally, blatantly male from the top of his head to the soles of his bare feet, but beautiful nonetheless. Her gaze skimmed over him - long black hair, thick sooty-colored lashes, an aristocratic nose, perfectly shaped, sensual lips, broad shoulders, a chest lightly furred with curly black hair, a washboard stomach, long muscular arms and legs. Sheer, masculine perfection, she thought again, all wrapped up in a nice healthy tan.

She frowned at the odd-looking cloth that covered his loins. It was dark green and for some peculiar reason, it reminded her of a fig leaf.