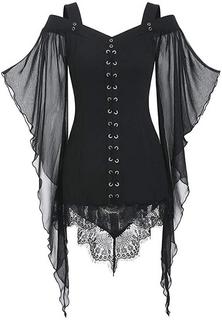 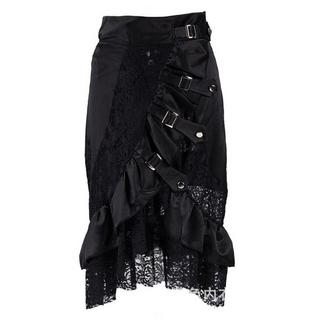 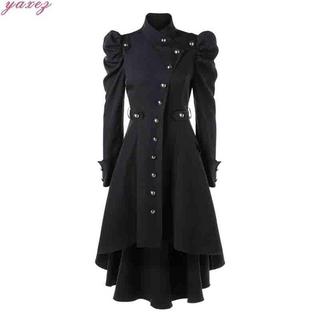 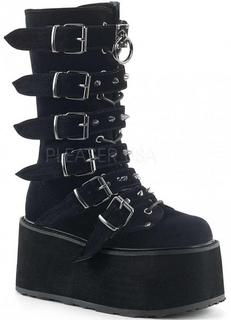 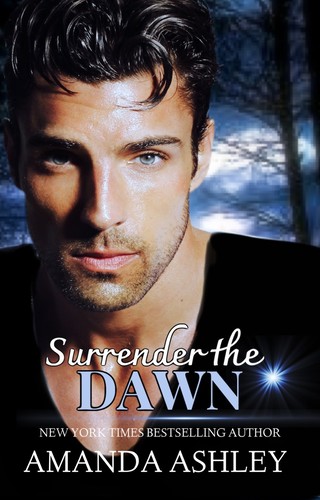 Angelina Rossi has always been fascinated with vampires. She loves the movies, the TV shows, the books. After reading a love story between a woman and a vampire, she finds herself yearning for a love like that. What if vampires really do exist?

Determined to find out, she searches every Goth club in thecity, ending up at a nightclub called Nick's Nightmare.The attraction between Angie and Declan Nicolae, the club's owner, is instant and undeniable.

Declan is an ancient vampire who, having once tasted Angie's blood, is determined to never let her go. For a time, romance blooms and all is well, until Samantha, Angie's best friend, becomes one of the Undead and Angie learns vampires do exist -- and that the man she loves is one of them.

And so he bestowed on her the vampire's kiss, sweeping her into a world of love and a life that would never end.

With a heartfelt sigh, Angelina Rossi closed the book. If only she could find a love like the one portrayed in the novel. A love that was stronger, deeper, and more enduring than mere mortal attraction.

If only vampires truly existed. Not that she really wanted to meet one, but what if they were real? They had always fascinated her, ever since she saw her first Dracula movie at the tender age of eight. Instead of being frightened or rooting for the hero, she had been enchanted by the monster. She had even shed a tear when the hero drove a stake into the vampire's heart. To this day, in books, movies, or plays, she felt sympathy for the poor creatures.

Setting the book aside, Angie padded to the front window, drew back the curtain, and peered out into the darkness. What if vampires were real? Was that really so far-fetched? After all, stories and legends of the undead went back thousands of years and were cited in every nation and country on earth. If such creatures were only myth, why had the tales of their existence lasted so long? Bookstores and libraries had entire sections devoted to vampires and the supernatural. Why waste all that shelf space on something that never existed? People believed in witches. Why not vampires?

Even as the thought crossed her mind, she knew it wasn't a valid argument. After all, there were tons of books about Bigfoot and the Loch Ness monster and space aliens, too. There was no hard evidence to back up the existence of any of those creatures, either. Of course, lots of people said they had seen Bigfoot and Nessie. Some folks claimed to have pictures, although all the ones she had seen looked photo-shopped. She had never heard of anyone who claimed to have seen a vampire. Then again, maybe those who saw one didn't live long enough to tell anyone.

Wishing real life was more like the romance novels she loved, Angie turned away from the window. And then she grinned. Maybe she should put an ad in the paper.

who prefers the night. Object….

Angie frowned. She had no objective, just an over-active imagination. But she couldn't help wondering if tall, dark, handsome, creatures of the night did exist, and if so, were they as romantic as the ones she read about? Or scary, blood-sucking monsters like the ones in the movies?

With a shake of her head, Angie turned off the lights and went to bed. Maybe she needed to see a shrink, she mused as she pulled the covers up to her chin. After all, who in their right mind would want to come face-to-face with one of the children of the night?

In the morning, Angie carried a cup of coffee into her home office and settled down in front of her computer. She had been working as a freelance columnist for a local magazine for the last three years. It wasn't the best paying job in the world but it was something she could do at home in her PJs, which was a big plus as far as she was concerned. Not only that, but her editor, Jennifer Martin, had given her carte blanche to pick and choose her own topics.

She worked steadily, taking a fifteen-minute break to stand and stretch every hour or so. As always when she was writing, the time flew by. She broke for lunch at one. As soon as she left her office, she found herself thinking about vampires again.

What if they were real? Did they really sleep in coffins? Were they truly dead to the world when the sun was up? Why would they be repelled by garlic? Or crosses? Or silver? What happened if they didn't like blood? Were they really immortal? If vampires didn't have a soul, and they weren't really alive, were they just animated corpses? And how disgusting was that?

Back at her desk, she stared, unseeing at her computer screen. If someone wanted to find a vampire, where would they look?

Google, of course! She'd go online as soon as she finished her work for the day.

Angie stood in front of the mirror in the bathroom, carefully applying her make-up. She had spent hours online looking for vampires, and while she hadn't found any links to the real thing, she had found numerous books and movies on the subject, as well as half a dozen web sites advertising Goth clubs that claimed to be hangouts for creatures of the night. Curious to see what they were all about, she had jotted down the addresses of the five closest to home.

Hoping "creatures of the night" applied only to the undead and not werewolves, zombies, or trolls, Angie stepped into her heels, grabbed her handbag and keys, and left the house.

Drac's Domain was the first tavern on her list. Angie shook her head when she stepped through the door. The walls were black, the floor tiled in bright red. No doubt so the blood wouldn't show, she thought with a grimace as she made her way toward the long, curved bar in the back.

The bartender, clad in a white shirt and long, black cape, leered at her as he took her order. It was all she could do not to laugh in his face when he flashed his obviously fake plastic fangs at her.

She carried her drink to a small table where she could people-watch. Men and women alike wore nothing but black. The men sported suits, some looking new while others looked like they'd been bought from second-hand stores. The women all wore long dresses. Black lipstick and eye shadow made their faces look pale in the dim light. Most of them also had long, straight, black hair, real or fake.

With a shake of her head, Angie finished her drink and left the tavern. Maybe she would have better luck tomorrow night.

Angie went to a different nightclub every Saturday night for the next four weeks –  Nick's Nightmare, the Devil's Tavern, Mel's Hell, and The Pit.

She was amazed to discover that so many people spent their weekends pretending to be creatures of the night. In her search for a genuine vampire, she had seen some truly bizarre things, like the man who had filed his teeth to sharp points, a woman who carried a flask rumored to be filled with real blood, and the man who led his girlfriend around on a slender gold chain. Angie had learned that some wanna-be vampires actually indulged in drinking from each other, which she found beyond gross.

At home that night, she tossed her handbag on the sofa, kicked off her shoes, and decided she had wasted enough time looking for the undead. No more vampire haunts for her. The Pit had been the last stop. Goth clubs – and the people who frequented them – were just too weird.

In spite of her good intentions, she found herself back at Nick's Nightmare the following Saturday night. Of all the places she had visited, this one seemed to be the most "normal." Sort of like Halloween every night, with men and women in bizarre costumes but behaving – mostly -- like regular people with a peculiar penchant for the macabre. The décor was dark but not grim, the music low and sensual, the lighting subdued.

Angie had been sitting at the bar nursing a drink for about ten minutes when a man sat down next to her. He was of medium height and not bad-looking, but the way he leered at her creeped her out.

He rested one hand on her knee. "How about a dance?"

"No," she said, her voice frigid as she pushed his hand away. "Thank you."

She was debating what to do next when a deep, male voice said, "Take a hike, Mulgrew."

The man stood and left without a word.

Angie glanced over her shoulder to see a tall, broad-shouldered man with dark hair and compelling green eyes looming over her. Like every other man in the place, he was dressed all in black, but on him, it looked fabulous. She recalled seeing him in a couple of the other nightclubs, always in the company of one pretty woman or another.

Tonight, he was alone.

He gestured at the stool beside her. "May I?"

"I've seen you in here before." He made a vague gesture with his hand, encompassing the room behind them. "You don't seem like the type to frequent places like this."

"Well, for starters, you're dressed all wrong."

Angie stared at her white slacks and navy-blue sweater and shrugged. "I left my Halloween costume at home."

His laugh was deep and sensual and the sound of it did funny things in the pit of her stomach. "The Goth crowd." His voice slid over her like silk over velvet. "They always look like they're in mourning, don't they?"

"Touché, my lady. I've seen you in some of the other nightclubs, too," he remarked. "Are you looking for something special?"

Brow furrowed, he studied her a moment, and then he grinned. "Sorry."

Wondering what he was apologizing for, she said, "I've seen you in those other places, too. Were you looking for – how did you put it? Something special?"

The intensity of it made Angie's toes curl even as it sent a shaft of unexpected desire spiraling through her. She licked her lips, feeling as if she had suddenly strayed into unknown territory. "And now?" she asked, tremulously.

"I think maybe I've found it."

Suddenly frightened without knowing why, Angie grabbed her handbag, muttered, "It was nice meeting you. Good night," and practically ran out the door.

Back at home, safe inside her own house, with the door double-locked behind her, she felt suddenly foolish. What on earth was wrong with her? Sure, it had been a long time since a handsome man flirted with her but that was no reason to behave like some silly school girl.

With a sigh, she tossed her handbag on the sofa, kicked off her shoes and headed for her bedroom.

Muttering, "The next time some sexy guy makes a pass at you, try to act like a grown-up," she undressed and crawled into bed, only to lie there, wide-awake and restless, the memory of his deep, silky smooth voice echoing in her mind.